Islam is a faith of belief in the one God, usually referred to as Allah. It is a faith of tolerance and respect, peace and justice, mercy and compassion. 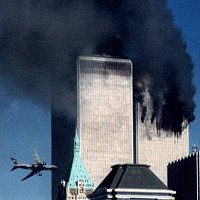 Many in the western world now view Islam as something evil, as a threat to be feared. This of course reached new heights after the atrocity of September 11, 2001. Thousands of innocent lives were brutally taken supposedly in the name of Islam by the suicide terrorists seeking martyrdom and paradise.

In this they failed, for Islam is quite clear that suicide is a sin. To fall in battle in a just and holy war (Jihad) is very different from setting out to slaughter innocents knowing and planning that your own death will also result.

So not only do the terrorists sin against God by planning their own suicide but also of course for committing mass murder.

The huge majority of right thinking Muslims all over the world condemn the few who kill and maim and bring Islam into disrepute.

Muslims regard Abraham, Moses, Elijah and Jesus of Nazareth as prophets of the one true God. Many in the west do not realize that Muslims worship the same God as Christians and Jews. But Muslims believe that only God is divine, and that to say Jesus was divine is a blasphemy. The greatest and last of the prophets was Mohammed (peace be upon him), born in Mecca in 571 AD, who received the direct word of God which corrected and sealed the message of all previous prophets. One name for the Prophet Mohammed (peace be upon him) is the Seal of the Prophets because of this.

The Islamic calendar dates from the migration (Hijrah) of Mohammed (peace be upon him) and his followers from Mecca to Medina in 622 AD. Islamic days begin at sunset so they do not exactly coincide with western days.